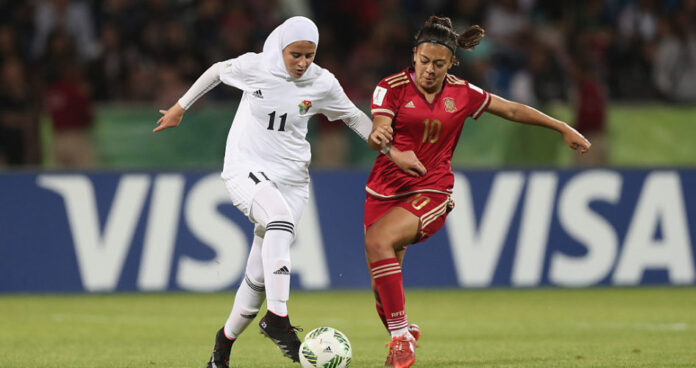 There is nothing that can rouse more emotions in sports than a Cinderella story. That is the reason why as fans we love to root for the underdog. In 2011, the Japanese women’s football team caught the world’s imagination when they defied expectations to defeat No. 2-ranked Germany.

In the end, they toppled the juggernaut US team in the finals to become the first-ever Asian women’s team to bring home the Cup.

However, the problem is that when it comes to women’s football, there are not enough Cinderella stories to go around.

Across the globe, women’s football still struggles to gain recognition. Players continue to face harassment, discrimination, and even death threats. Women’s sports are routinely dismissed as a novelty and too many of the institutions that are supposed to support them, treat them as second-class citizens when it comes to funding or even a say on how their sport should be run.

More often than not, women who want to play organized sports face an interweb of obstacles because of their culture, religion, and beliefs. And this is especially true within the MENA region.

Not many people are aware, for example, that more than two decades ago, women from all over the world stepped up to make their voices heard.

The Brighton plus Helsinki Declaration advocates for governments, organizations, and policy bodies to make sports more inclusive for women. The treaty seeks to promote initiatives in the arena of education, management, business, training, and development of women in sports. The declaration was signed during the First World Conference on Women and Sport back in 1994.

The seminal event was helped 26 years ago, but sadly, it hardly sent ripples for the advancement of women’s football in the MENA region. Just three countries have signed up to the agreement: Qatar, Israel, and Bahrain.

During the 2011 Arab Spring, the active participation of women was seen as an opportunity to introduce radical reforms to lift them out of their second-class status. Recent surveys showed that society agreed with giving women equal protection, but with conditions. [Reference]

However, some of these countries still think that women should not have a prominent role in politics. Other than education, these countries are somewhat cold to the idea of seeing women in other fields apart from their primary role in the family. And this type of attitude crosses over to sports. In fact, some fundamentalist clerics view women’s soccer as haram, because it is only a few steps toward immorality.

To be fair, there are some headways in women’s football in Muslim countries. The International Federation of Football Association (FIFA) finally lifted in June 2012 the rule to ban the use of veil and hijab in sanctioned soccer matches.

Turkey, Bahrain, and Qatar have made advancements in women’s football as they garnered more support from society.

In 2018, Salma al-Majidi made history for being the first female coach of a men’s soccer team – the Al Ahly Al Gadaref club in Sudan.

Of course, this problem is not limited to the MENA region. In some countries in Africa, women were banned from playing football matches because they didn’t have sanitary napkins or sports bras. They had to scour around for funds because organizations are unwilling to lend their support.

In 2009, Uganda pulled out of the World Cup for the under-20 women’s football team without warning, citing some lame excuse about lack of funds.

So, this is the backdrop of women’s football, and sports in general, and the challenge seems insurmountable. The Brighton Declaration, while revolutionary in some aspects, remains constrained by its lack of teeth.

This problem is then compounded when aid programs and football’s authorities still continue to give significant support to countries which continue to put barriers in the way of girls and women who want to play, coach, or just support their team.

In short, breaking down these barriers seems impossible.

But here are a few steps that must be taken to promote women’s participation in the MENA region.