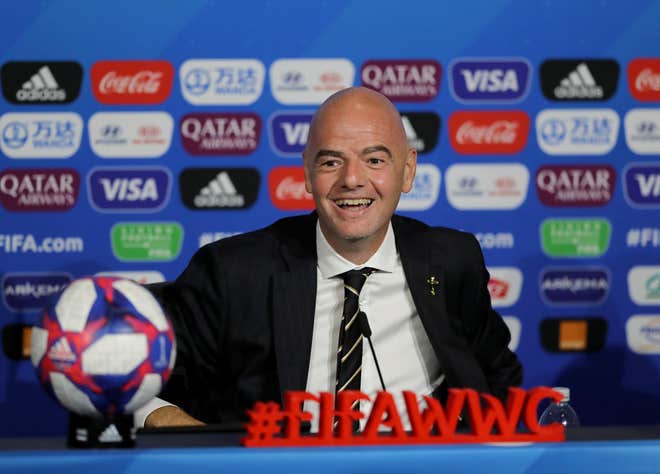 FIFA Ethics and Regulations Watch (FERW) strongly supports FIFA’s President’s initiative to expand the Women’s World Cup finals to 32 teams from 24 and double the prize money to $60m (£48m) in 2023.

“I want to expand the tournament to 32 teams. We will have to act quickly to decide if we are to increase it for 2023, if we do, we should reopen the bidding process to allow everyone to have a chance or maybe co-host. Nothing is impossible.”

As reported, before the final between the USA and the Netherlands on Sunday, Mr Infantino said he would take his proposals to the FIFA council and member associations for approval.

Mr Infantino hailed the WWC in France as “the best women’s World Cup ever” and said it was an opportunity to grow the game worldwide with a number of proposals, including the Club World Cup for women.

In addition to this, Mr Infantino said Fifa would increase its investment in the women’s game worldwide to $1bn over the next four-year cycle and spoke of wanting to create an international women’s league, with promotion and relegation, to help the World Cup qualification process.

In light of this news, FERW calls on FIFA to approve Gianni Infantino’s proposal and continue to support women’s football and gender equality.

Furthermore, FERW invites all football clubs and associations officials to work together towards helping women’s football grow and prosper.

Armband shows why politics should be kept off the pitch