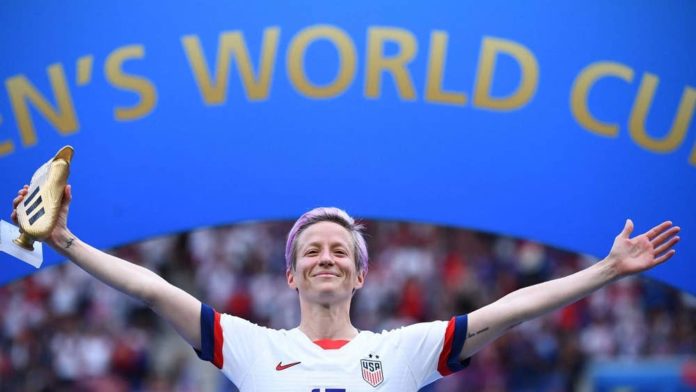 (Independent) – The global culture of football is at a crossroads. The Women’s World Cup in France has shown us so much that is good and inspiring about the exponential rise of women’s football. At the same time, we cannot ignore the fact that abuse, harassment and exploitation continue to undermine the integrity and standing of the women’s game.

We need look no further than the sexual abuse crisis that has engulfed women’s football in Afghanistan to understand that the world’s most played and loved sport has a serious problem. The number of allegations of serious sexual abuse by high-ranking Afghan officials has exposed a damaging and exploitative culture within the Afghanistan Football Federation.

This grave situation is by no means an isolated case. This year alone, Colombian Women’s football has been rocked by allegations of sexual abuse against female players and staff, including girls under the age of 18.

Reports of abuse in football sadly recur across continents, reflecting the failure of world football’s governing bodies to prioritise the safeguarding of individuals involved in the sport. All too often, affected individuals describe feeling unable to report incidents freely. This is with good reason: many of the women who spoke out in Afghanistan have been forced to flee the country in fear for their lives. Current reports are just the tip of the iceberg and we have yet to see the true extent of this international crisis.

The time for excuses is over. Football’s governing bodies have shown themselves to be poorly equipped to monitor and regulate safeguarding practices within national associations. Consequently, governing bodies have not issued the necessary sanctions to hold national associations accountable for safeguarding failings and grave misconduct. This simply cannot be allowed to continue, and urgent change is needed to restore the integrity of football.

There are signs of change. The lifetime ban and fine issued by Fifa on 8 June 2019 against the President of the Afghanistan Football Federation is a first step. However, much more needs to be done to address widespread, systemic abuse and harassment in women’s football.  To date, athletes themselves have had to be the campaigners for change, risking their careers and sometimes even their safety. It is time for leaders in football to respond by placing the wellbeing and safety of athletes at the centre of how sport is run and managed.

During my tenure as vice president of Fifa, I saw first-hand that vital changes to systems of football governance can only be enacted from within and from the top. Now more than ever, the onus is on governing bodies to acknowledge and address these issues with haste. The era of self-regulation needs to end, and integrity, transparency and proper scrutiny must become the new hallmarks of global sport.

The crisis in Afghanistan and the urgent need for reform has been the catalyst for the #FearlessFootball campaign that is launched today. Initiated by the international social enterprise AFDP Global, I am proud to be an advocate for this worldwide campaign calling on football’s governing bodies to eliminate the mistreatment of women and girls involved in the game.

Up until now, the response to sexual abuse allegations by football governing bodies has left much to be desired. By adding your voice to those affected individuals who have spoken out, as well as leading figures in human rights and sport, we can send a clear message to football’s governing bodies – there is no choice but to act without delay.

This campaign is not just calling attention to this current crisis but sets out the required solution in the #FearlessFootball petition. This is an open petition setting out a Declaration of Principles, urgent actions that governing bodies should undertake immediately.

We need good governance structures and practices in place that ensure high ethical standards. This should include an accessible and responsive whistleblowing system, together with an independent integrity unit, which I have called for over many years. This integrity unit must have full legislative and sanctions powers to review FIFA’s code of conduct, implement an accredited whistleblowing policy and address exploitation and corruption in the game.

In a similar vein, we need standardised safeguarding codes to be adopted by all football governing bodies and their member associations. Football associations must be held accountable for their treatment of athletes and women and girls must be able to report concerns without fear of retaliation or cover-ups. Crucially, the petition calls for affected individuals to be given full support and protection.

In AFDP Global and other organisations working in this area, football’s governing bodies have potential partners who can provide invaluable support to overhaul the current, broken system.

It may take generations for governing bodies to rebuild trust and credibility with athletes, but this campaign is a watershed moment. We sincerely hope for a future when women and girls everywhere can play football in safety and with dignity. Nothing less will do.