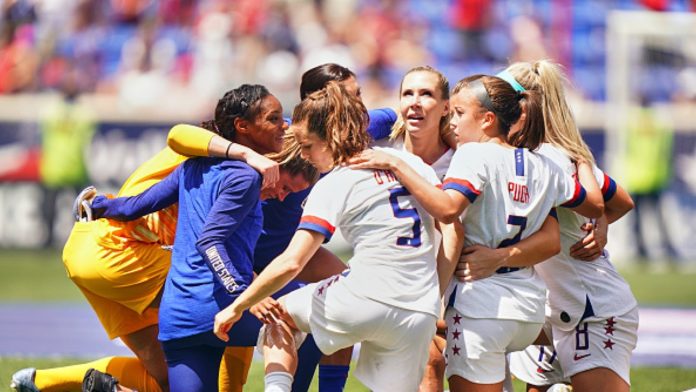 (NLTimes.nl) – Dutch football association KNVB is critical of the amount in prize money FIFA made available for the Women’s World Cup – a total of around 26.5 million euros. While that is double the amount available four years ago, it is still a pittance compared to the 355 million euros paid to the men after the World Cup in Russia. “Yes, they doubled it, but if you double something that is nothing, it is still nothing”, KNVB director Jan Dirk van der Zee said to the Telegraph.

Tomorrow the Oranje Lionesses will compete against Sweden for a spot in the World Cup finals. If they then manage to win the world title, they will receive an amount of 3.5 million euros. In the worst case scenario, if they lose badly tomorrow, they will receive 1.4 million euros. A portion of the prize money will be distributed evenly among the players, and a portion will go back to the KNVB to help cover costs.

“We’re running a loss on this tournament. I am very open about that”, Van der Zee said to the newspaper. “We are a super professional country, we invest a lot in this team.” At the start of the tournament, FIFA also paid out around 400 thousand euros per team as “preparation money”, but that is still not enough. “Even with 3.5 million euros in prize money, we are running a loss. We do that with love. Money is important, winning a World Cup is more important. That is also great for further development.”

The KNVB believes it is time FIFA invests more in women’s football. 26.5 million euros in prize money sounds like a lot, Van der Zee said. “But I think they should have taken much bigger steps towards the 355 million euros paid to the men after the World Cup in Russia. The hole should have been smaller in 2019. I do not understand that FIFA can say with a straight face that it is fantastic what they did. Yes, they doubled it, but if you double something that is nothing, it is still nothing. FIFA makes hundreds of millions of euros a year. What is another 30 million extra then? Nothing at all right?”

Overview of the prize money for the 2019 FIFA Women’s World Cup: