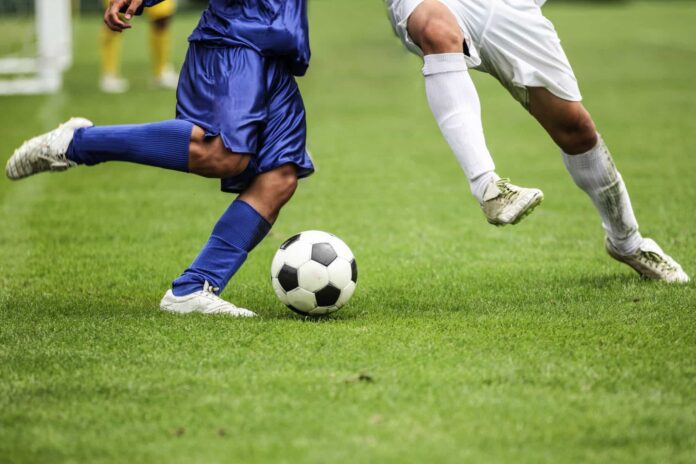 The think tank, FIFA Ethics & Regulations Watch (FERW), will publish the report Defending Football later today, Sunday 25th July. It calls for sweeping changes to the current “fit and proper test” of potential owners, including banning anyone who has been “…complicit in human trafficking, slavery, torture, or other criminal breaches of human rights”. Importantly, FERW believes these restrictions must apply to shadow directors and the ban should extend to those subject to a fraud or corruption investigation or who are deemed to be “politically exposed”.

“The current test as to who can become an owner and/or director, or shadow director, of a football club has failed to protect the sport’s integrity. Alleged fraudsters and businessmen suspected of corruption have passed the current examination,” it says.

“It is possible to own and run a football club with a multi-billion-pound valuation, yet be disbarred from being involved in a less valuable financial services firm in the City of London. Herein lies a series of concerns.”

“The good name of English football has been a hard-won success story that has triumphed over racism, hooliganism both at home and abroad, and tragedies that were inflicted on supporters. Indeed, that exceptional reputation has made British football clubs the perfect vehicle for inappropriate owners and directors. The opportunities for money laundering, or even sportswashing, are manifold. Accusations of sportswashing are levelled against sponsors, host countries, participants, businesses, and clubs if they are deemed to use sport to obscure unethical interests, human rights problems, and the exploitation of people. The beautiful game needs protecting from those who would exploit the loyalty of fans for such nefarious ends. Action is needed to make sure that the national game, and the Premier League in particular, remains a national asset that champions our soft power.”

The report goes on to set out a series of measures that FERW believes will dramatically overhaul the current system and put fans at the centre of the process. Importantly, it recommends that the procedure, all submissions and results of the enhanced “fit and proper test” should be put in the public domain.

“The current system is broken. It is failing to protect football clubs, the fans, or the reputation of the sport. A perfect example of this was the attempted purchase of Newcastle United by a consortium, which was reportedly 80-per-cent-owned by Saudi Arabia’s sovereign wealth fund. A country that has an abysmal record on human rights, including the murder of the dissident journalist Jamal Khashoggi, human rights activists facing jail with little or no access to fair trials, and that is involved in the brutal proxy conflict in Yemen. On top of this was the support and promotion of the illegal streaming service, beoutQ. Given that Premier League evidence was given to the World Trade Organization investigation against beoutQ and its negative impact, many fans were left scratching their heads at why footballing authorities entertained the bid for 17-weeks. They were right to ask why after four months the Premier League were still unable to make a clear decision, and this issue was only resolved when it was withdrawn by the potential purchasers.

“Worryingly, throughout the process, loyal Newcastle fans were left completely in the dark. There was no information over timescales, concerns about who was behind the bid and other associated problems. This is completely wrong and has got to change. The replacement to the current test must be clear and transparent, with regular updates for all interested parties, including fans. If we do this, then we can start to rebuild confidence in the process and, ultimately, in those entrusted with running our biggest clubs.”

The publication of Defending Football is part of a long-running campaign by FERW which believes that football’s fit and proper test doesn’t work, lacks transparency and marginalises fans.

In December last year, the think tank commissioned polling that found just over one in nine (12 per cent) of the public back the current procedure.

Asked, “The owners’ and directors’ test (also known as the “fit and proper person test”) is a test that is applied to directors and prospective directors of English football clubs to ensure those appointed are appropriate people to act as directors of football clubs… Some groups have criticised the current test for not going far enough and allowing directors with close connections to countries or companies with poor environmental and human rights records to own and run football clubs. Following this information, which statement, if any, best describes your views”, over one in nine (12 per cent) agreed that the Premier League and EFL were best placed to carry out the test. While nearly three in ten (30 per cent) believed that the test should be administered by an “independent body” and 18 per cent wanted greater transparency of investigation results. Over one in six (17 per cent) said the test was meaningless and should be scrapped, as the Premier League and EFL were only concerned about the amount of money an owner has.

The Censuswide Poll, of over 2,000 (2,011) nationally representative UK adults, including over half (54 per cent) who identified as football or sports fans, found strong support for banning individuals with links to criminal activities, dubious financial records and poor human rights or environmental records.

Asked, if the owners’ and directors’ test (also known as the “fit and proper person test”) were to be reviewed, what, if anything, do you think should be added, nearly four in ten (38 per cent) said, a ban on owners and directors who have engaged in illegal actions outside of the UK such as the pirating of Premier League’s matches and other sporting events. An almost identical number (37 per cent) wanted a ban on people who have committed crimes both inside and outside of the UK, while one in three (34 per cent) wanted individuals with a track record of bankruptcy barred and the necessary funds to support the club.

Just over a third (34 per cent) of those surveyed wanted an end to owners who plan a “leveraged takeover” that would see an individual or company buy a club, but run up huge amounts of debt on the assets of the club, as happened with Manchester United. While nearly three in ten (29 per cent) wanted a ban on those who “damaged the image of football”, over a quarter (27 per cent) wanted those with links to countries with “poor human rights records” prevented from becoming directors or owners.

In a final blow to the current fit and proper test, just one in 15 (7 per cent) agreed with the statement, “I think nothing new should be added if the owners’ and directors’ test was reviewed”.

“The polling is damming. The public has very little confidence in the current framework and wants a radical overhaul of the fit and proper test. We hope that the publication of this report and presentation to the Government’s fan-led review creates an opportunity to put in place an open and accountable process that protects our nation’s football clubs and sends out a clear message to despots, human rights abusers and criminals that they are not welcome in our sport and we do not want or need their money.”