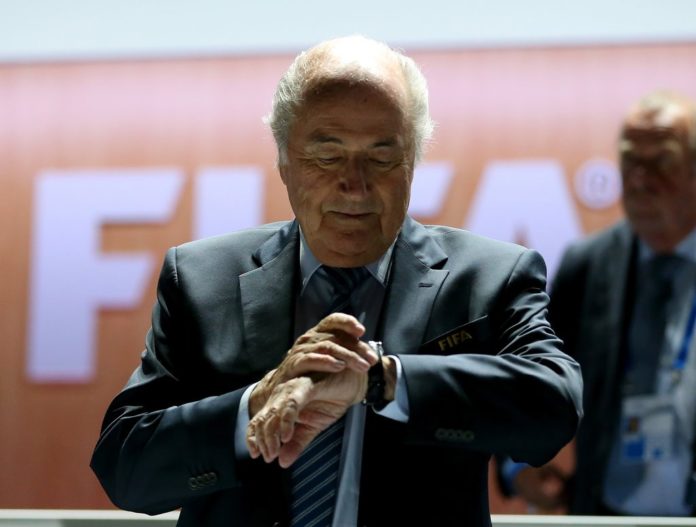 Sepp Blatter is FIFA’s former president and is currently serving a six-year ban from soccer for his role in a massive corruption scandal.

According to Mr Blatter, he has been unable to retrieve his belongings, including his luxury watches, which he kept at the office when he was suspended by FIFA in October 2015.

Ex FIFA president used to work for Swiss watchmaker Longines and has built a collection of Patek Philippe, IWC, Omega watches and others over the years.

Last year, after battling with FIFA, Mr Blatter got back 120 of his watches, but apparently, that was not his “high technology collection.” As he estimated, each watch is worth $5,000 to $20,000, making the total value of the collection more than $400,000.

On Wednesday, Mr Blatter announced that he is planning to sue FIFA over the alleged theft. The lawsuit in question will also include pension payment demands and clarification about his compensation arrangements to show that he is “not a thief.”

FIFA’s deputy secretary general, Alasdair Bell, FIFA did what was asked and acted in conformity of their legal obligations.

“If he files a claim, obviously we’ll defend any claims on the basis we act in conformity of our legal obligations, including with Mr Blatter.”

However, much of Blatter’s frustration comes what he perceives as disrespectful treatment from FIFA. According to Mr Blatter, despite the corruption scandal, he left FIFA in a healthy state and should be recognized for that:

“I’m not going to die about it, but I want to die in dignity, and I want them to say I was not a thief in FIFA.”

In light of this news, FERW calls on FIFA to return Mr Blatter all of his personal belongings, if they were on the organization’s premises, and to abide by the law in dealing with similar matters.

Furthermore, FERW also calls on all FIFA officials to abide by FIFA regulations to ensure that all parties involved in the organization treat each other with honesty and respect to prevent corruption in sports by setting their own example.