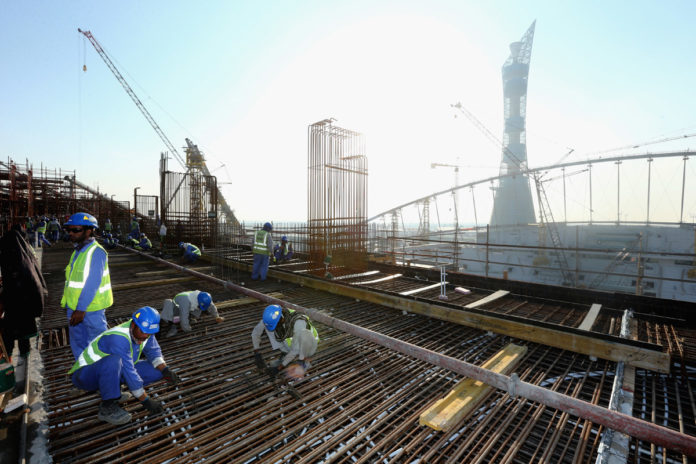 As the investigative report by German broadcaster, WDR, has revealed, foreign workers involved in building the Qatari stadiums are being held in catastrophic conditions.

The workers have admitted being unpaid for months, living on bread and water, not being able to call home or work for another company due to the inability to access their documents held by their current employers.

Moreover, the official data about the Nepali workers in Qatar showed that 1,426 had died between 2009 and 2019, while there were 111 deaths this year alone.

FIFA stated that they plan to investigate the above allegations further.

Before, FIFA has claimed that the aforementioned allegations related “not to the alleged offences on stadium construction sites in Qatar, but to other projects over which they had no influence.”

However, on Wednesday, for the first time, FIFA admitted to a breach in workers’ standards in a press release:

“We are aware of reports that the company TAWASOL – a sub-contractor in the construction of the Al Bayt Stadium – has violated the standards for workers.”

In light of this news, FERW calls on FIFA to extensively investigate the situation on the Qatari stadium construction sites and take measures to maximize the protection of workers’ human rights.

Furthermore, FERW also calls on the Qatari government, FIFA, and all football-related organizations to ensure that all people involved in preparation for the World Cup are being treated with respect, care, and according to the human rights standards.