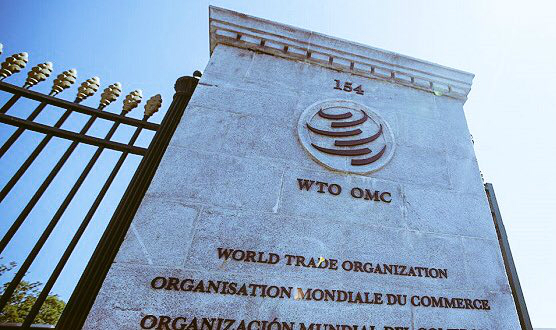 The WTO panel found the authorities in Saudi Arabia had failed to take proper action against the theft of content owned by sport and entertainment broadcaster beIN and failed to provide domestic criminal procedures and penalties against beoutQ.

They rejected Saudi Arabia’s assertion that national security concerns justified its actions and concluded that Riyadh had prevented beIN from obtaining Saudi legal counsel to enforce its IP rights through the Saudi judicial system.

FERW welcomes this clear ruling, as illegal streaming of sports matches is a major problem for football, and more generally, for sport. While it is impossible to give a definitive figure, estimates by the highly-respected Ovum, a London-based consultancy, puts the cost of piracy at a staggering $37.4 billion, or £30 billion.

This impacts on the income/profit of the broadcasters and, ultimately, the amount of money companies like Sky, ESPN and beIN are willing to spend on those TV rights, and the money that ultimately ends up going into sport.

“This ruling is both clear and concise – the authorities in Saudi Arabia were complicit in the operation and theft of intellectual property belonging to sports and entertainment broadcaster beIN. They not only failed to try and tackle beoutQ, but actively obstructed judicial attempts by beIN to secure a solution. Their mendacious defence, trying to justify their actions on the grounds of national security has been comprehensively rejected.”

As the WTO concluded, this was not just another case of online piracy, but a sophisticated effort to undermine a rival nation’s pay-TV industry.

This view is shared by the Premier League, which has been incredibly active in trying to tackle the problem of piracy, even writing a warning letter to the US Government about Saudi Arabia urging them to keep the Kingdom on an official watchlist, because it said the country “remained a centre for piracy”.

The letter from the league to the US Trade Representative (USTR) seen by FERW, talked about the unsuccessful attempts to take legal action against pirate network beoutQ through the Saudi legal system and complaints about a ‘failure to take action’ by the Saudi government.

“Despite repeated complaints by beIN and other rights holders, Saudi Arabia has never brought a criminal action against beoutQ, or its Saudi facilitators…

Similar letters were sent to the USTR by UK broadcasters Sky and the BBC, as well as the Audiovisual Anti-Piracy Alliance.

“The authorities in Riyadh must take immediate steps to close down the operation of this illegal streaming service or face further sanctions. Until it does, it would make a mockery of the Premier League’s Owner’s and Director’s Test to reward their appalling behaviour with ownership of one of the UK’s most loved top-flight football clubs.”