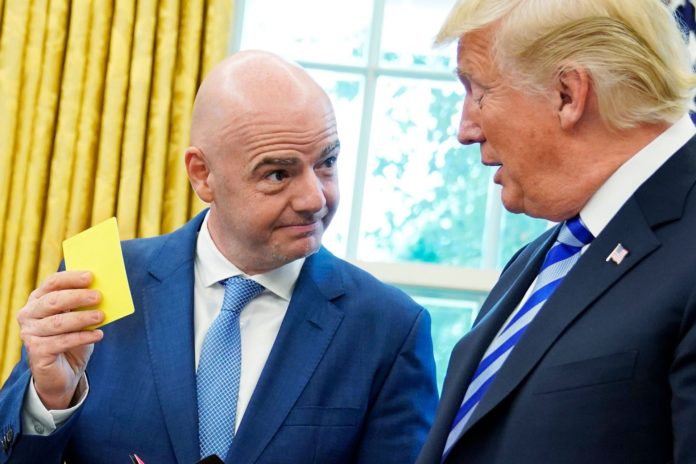 Widespread protests have taken place in America following the death of George Floyd.

US Soccer had demanded that players stand during the national anthem before making a U-turn on that policy.

As a result, Trump tweeted saying he would no longer watch matches.

But FIFA have come out and said that “common sense” must prevail as they continue to strive for equality.

“FIFA strongly advocates for tolerance, mutual respect and common sense when such important matters are debated,” read a FIFA statement to The Associated Press.

“FIFA has a zero-tolerance approach to incidents of all forms of discrimination in football, as outlined in the FIFA Statutes. We must all say no to racism and no to violence.”

And, according to FIFA, Infantino’s “position on the player’s rights to express themselves against racism, discrimination and violence was clearly stated two weeks ago and it has not changed.”

Black Lives Matter will feature on Premier League kits instead of player names when matches resume this week.