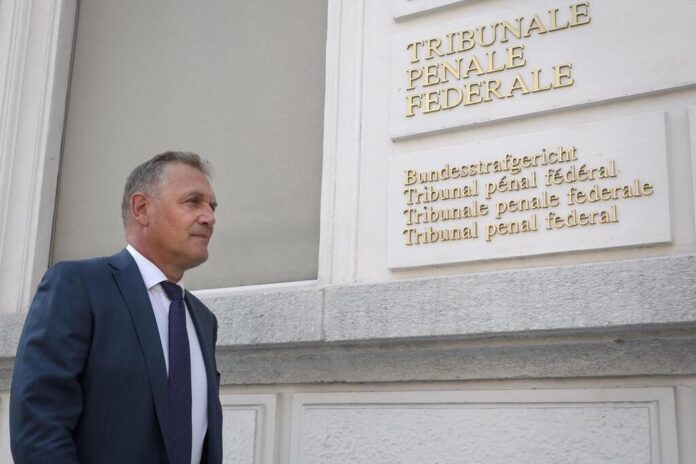 (France 24) – The suspended sentence for Jerome Valcke, the former FIFA number two, in a corruption verdict on Friday in Switzerland may have spared the football world serious embarrassment but the case was only part of an ever-growing list of court proceedings involving the governing body to which an indictment of president Gianni Infantino was recently added.

AFP Sport looks at the most significant of the ongoing cases.

The most embarrassing investigations for FIFA because of the shadow they cast on its marquee competition are into the awarding of World Cups.

The key decision may have been to award the 2022 World Cup to Qatar, over rivals including the USA and Australia, in December 2010, in a vote which also gave the 2018 World Cup to Russia.

That seems to have piqued the interest of the American judiciary whose investigation led to the high-profile arrests of seven officials in Zurich in on May 27, 2015 over TV rights corruption on the eve of a FIFA meeting at which Sepp Blatter was re-elected president.

FIFA has investigated the Qatar bid. The US Department of Justice this year made clear it still has suspicions.

The French justice system is investigating a lunch on November 23, 2010 involving Nicolas Sarkozy, at the time the head of state, two high-ranking Qatari officials and Michel Platini, the head of UEFA, for “active and passive corruption”.

While Qatar is the focus of attention, there are also suspicions over the awards of the 2018 World Cup to Russia and the 2010 World Cup to South Africa.

In April, the Swiss abandoned a trial over the award of the 2006 World Cup to Germany because of the statute of limitations, though a case is still pending in Frankfurt over tax evasion.

In addition to a string of bans handed out by FIFA’s independent Ethics Committee, outside prosecutors are investigating both World Cup and continental tournament rights.

“FIFAgate”, which began with the arrests in May 2015, is primarily concerned with “racketeering” by officials in the two continental federations in the Americas, CONMEBOL and CONCACAF, in exchange for the rights to continental competitions.

Because the offences involved US companies or were committed in part in the country, US courts have been able to prosecute.

Jeffrey Webb, the Cayman Islander who was briefly head of CONCACAF, has pleaded guilty and agreed to pay a fine of $6.7 million. He is awaiting his sentencing.

One of his predecessors, Jack Warner, a former member of the FIFA executive committee, has been indicted but remains in Trinidad and Tobago.

Friday’s judgement in Switzerland involved not only Valcke but the Qatari boss of beIN Media and Paris Saint-Germain, Nasser Al-Khelaifi.

Both were charged with “unfair management” and “incitement”, though FIFA drew some of the teeth from the case when it settled out of court with Al-Khelaifi in January and dropped its complaint against him forcing prosecutors to drop a charge of corruption.

Blatter and Platini, the former heads of the world and European football, were banned by FIFA at the end of 2015.

They are subject of a long-running Swiss investigation for “unfair management” over a payment of 2 million Swiss francs from FIFA to Platini in 2011 which Blatter approved even though there was no written contract.

Platini sees this case as part of the “conspiracy” which stopped him running for FIFA presidency after Blatter resigned.

Instead, Platini’s former deputy at UEFA, Gianni Infantino was elected in 2016 on a promise to “restore the image of the FIFA”.

Infantino, who is Swiss, is accused of holding three secret meetings in 2016 and 2017 with Michael Lauber, then head of the Public Prosecutor’s Office, raising suspicions of collusion over ongoing investigations.

Infantino says it is “absurd” that he should be charged over meeting a magistrate, and asserts that he was showing the public prosecutor’s office “that the new FIFA was a thousand miles away from the old one” which was “the victim of corrupt officials” in the Blatter era.