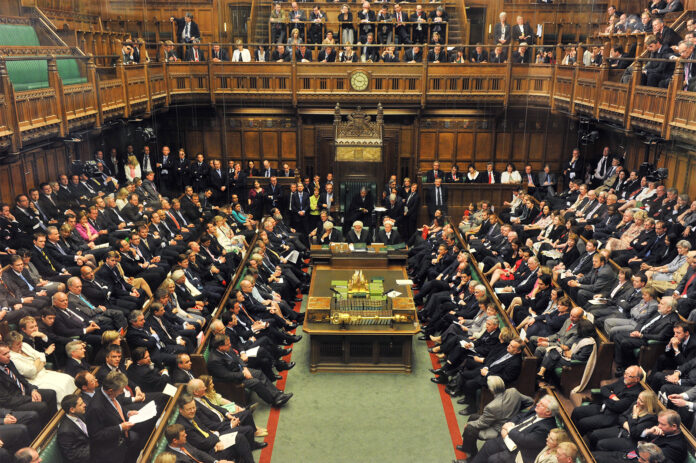 33 Parliamentarians have signed a letter to the Prime Minister, urging him and his Government to press the case for greater equality for women footballers and their fans in the Middle East and North Africa.

The letter, which was organised by FIFA Ethics and Regulations Watch, acknowledges that some progress has been made in the region, but goes on to say that many of the “promised improvements have yet to materialise.

“This means that millions of girls and women are barred from playing football or participating in other physical activities”, it says.

“For example, in 2018 the Kingdom of Saudi Arabia finally ended the ban on women attending football matches, announced in 2017. Then earlier this year the Sports Ministry announced plans to launch a women’s league to be played in Riyadh and two other cities. We welcomed this announcement along with a commitment to increase participation by 2030.  However, this league has yet to materialise, while girls and woman continue to be denied most other sporting opportunities accorded to men.

“In Iran, the situation is similar. Football is hugely popular in the country and is widely played by the population with a competitive male league, but women have only been permitted to attend football matches as spectators since 2019 and many still face hostility when travelling to and from the sports venues.

“Other countries have been quicker to adopt change. Bahrain founded their female team in 2003 and Qatar in 2010. Both countries have been at the vanguard of promoting and encouraging women to play football and improving access to facilities and coaching. These efforts can be seen in the flourishing women’s football leagues in both countries.”

The letter goes on to say that with the region due to the host the World Cup in 2022, there is a “golden opportunity” to promote football and sport across the region, including breaking down the barriers that too many girls and women face in trying to play, coach or spectate.

It urges the Prime Minister to do more to promote “equal opportunities for girls and women to participate and be involved in sport whether for the purpose of leisure, recreation, health promotion or elite performance,” and encourage all countries to sign Brighton plus Helsinki 2014 Declaration on Women and Sport.

The Brighton plus Helsinki 2014 Declaration on Women and Sport is a global treaty that commits its’ signatories to provide equal opportunities to girls and women who wish to participate in sport whether for fun, exercise or at the elite level.

Established in 1994 and updated in 2014, the Brighton plus Helsinki 2014 Declaration on Women and Sport also provides a route map for the ongoing development of a fair and equitable system of sport and physical activity.

It is designed to complement local, regional and national sports strategies, but despite more than a quarter of a century since its creation, less than half the countries in the MENA region have adopted the declaration. Countries which have failed to sign up include the UAE, Saudi Arabia, Iran and Yemen.

By contrast, Bahrain and Qatar, which are both signatories to the treaty, have flourishing women’s football leagues and have been at the vanguard of promoting and encouraging women to play football and improving access to facilities and coaching.

FERW believes that the UK Government should encourage all governments in the region or sporting authorities to sign up to the treaty and actively work to break down the barriers that girls and women face when trying to participate in football, including robustly challenging all forms of discrimination that girls and women encounter.

We are delighted that so many senior and respected Parliamentarians endorse this view and have signed our letter. We hope that the Prime Minister will share these concerns and commit his Government to redouble its efforts to promote equality of access and opportunity to sport for all girls and women across the region.