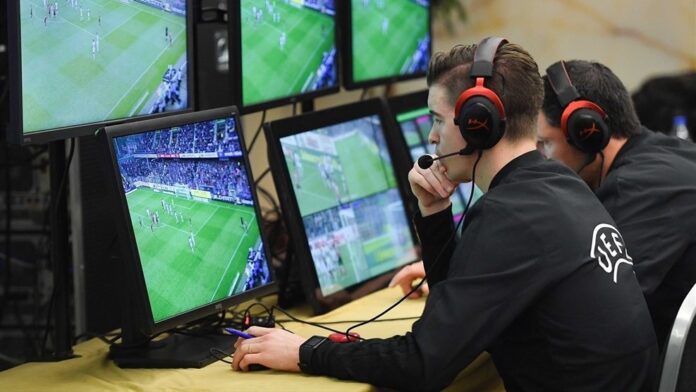 (InsideWorldFootball) – With controversy still raging over the interpretation of VAR, even with matches played behind closed doors, FIFA is taking over the responsibility for the system from the game’s lawmakers.

Issues concerning VAR have been handled primarily by the International FA Board, comprising FIFA and the four British associations.

But former World Cup referee Pierluigi Collina, chairman of FIFA’s Referees Committee, will now oversee the system taking it over from IFAB’s technical director David Elleray, and has made it clear he wants it to be used in the same way across the world.

FIFA said in a letter to national associations: “All VAR-related activities will now transfer to FIFA. Therefore, please address all your VAR-related questions, comments or suggestions directly to FIFA Refereeing.’”

Collina told Reuters the move was a “natural transition”.

“IFAB as an organisation has the duty to govern the laws of football, including VAR and the protocol and regulations. Once the laws of the game are set, IFAB’s job is over,” he said.

“It is then FIFA that deals with referees’ education around the world supporting all the member associations.”

“There cannot be different implementation of the laws of the game in different continents or different countries. Our responsibility is to ensure that football is played in the same way all over the world.

“Can you imagine in international competition played by teams who are used to having different interpretations of the laws of the game in their domestic competition.”