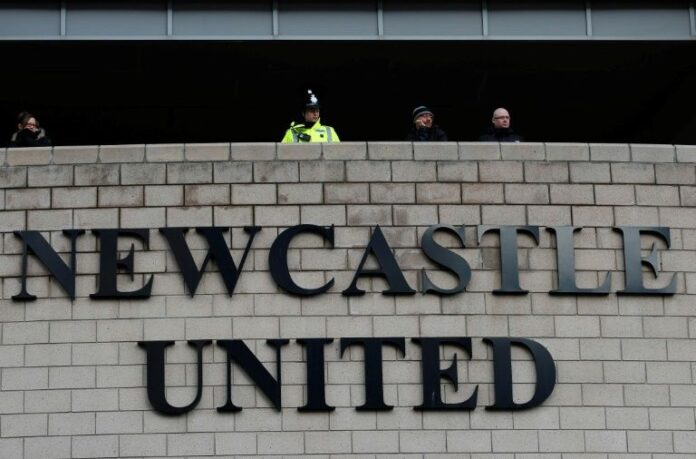 FIFA Ethics and Regulations Watch (FERW) strongly believes the UK Government must make its’ position clear on the takeover of the Premier League’s Newcastle United after reports have emerged of talks between the UK’s Defence Secretary and Deputy Minister of Defence for Saudi Arabia. While the contents of the discussion have not been disclosed, they are being seen as a positive sign for the £300 million deal.

According to reports from the Saudi Press Agency, Ben Wallace, Secretary of State for Defence, called Prince Khalid bin Salman bin Abdulaziz, Deputy Minister of Defence, to express “his country’s appreciation for Saudi Arabia’s role in addressing threats to stability in the region”, affirming the UK’s “keenness” to strengthen relations between the “two friendly countries”.

Previously, the Government had stressed that the sale of the Premier League club was a private matter. In a letter from the Department for Digital, Culture, Media and Sport to FERW’s UK Campaign Director, Alistair Thompson, dated 12th May, a Government official said:

“…The prospective takeover of Newcastle United by PCP Capital Partners is entirely a matter for the two parties concerned…There is no government role in this process”.

The letter went on to acknowledge concerns about the Human Rights record of the Saudi regime saying:

“…The UK government remains concerned over the continued detention of a number of individuals, particularly political detainees, human rights defenders and women’s rights defenders. We raise concerns about individual cases regularly and will continue to call for due process and adequate legal representation. …We strongly oppose the death penalty in all countries and in all circumstances, as a matter of principle. Saudi Arabia remains a Foreign and Commonwealth Office human rights priority country and no aspect of our relationship with Saudi Arabia prevents us from speaking frankly about human rights.

“Finally, verdicts for those on trial for the murder of Jamal Khashoggi were issued on 23 December 2019. The Foreign Secretary issued a statement at the time reiterating that Jamal Khashoggi’s killing was a terrible crime and that his family deserves to see justice done. Saudi Arabia must hold all those responsible to account and ensure such an atrocity can never happen again. We have set out our grave concerns – both publicly and privately – and will continue to do so.”

“This is a worrying development that suggests a lack of coordination between three key Government departments, namely the DCMS, Defence, and FCO. Firstly, the Government refuses to intervene in the purchase of Newcastle United by a Saudi-led Consortium, ignoring the numerous allegations of sports-washing. Then they turn a blind eye to a WTO ruling against Saudi Arabia for breaching international law by actively supporting the operation of a pirate TV station beoutQ.

“On Tuesday, the Foreign Secretary, Dominic Raab, announced travel bans and other restrictions on 20 Saudis alleged to have been involved in the murder of journalist Jamal Khashoggi. Speaking in the House of Commons, Mr Raab said:

‘Those with blood on their hands won’t be free … to waltz into this country, to buy up property on the King’s Road, do their Christmas shopping in Knightsbridge, or siphon dirty money through British banks. You cannot set foot in this country, and we will seize your blood-drenched ill-gotten gains if you try’.

Now we learn that the Defence Secretary has rung his counterpart to apologise. This not only looks dysfunctional, but spineless. What is the point of tough rhetoric one day, if your Cabinet colleague undermines it 24 hours later?”

“The Government must come clean on the contents of the conversation between the Defence Secretary and his Saudi counterpart. They must also come clean on whether they are pressing the Premier League, either formally or informally, to accept the Newcastle bid? Finally, I would urge the Prime Minister to respond to the letter organised by FERW on the issue of sports-washing, which was signed by 16 senior Parliamentarians, including the former Labour leader, Lord Kinnock, and the Father of the House, Conservative MP Sir Peter Bottomley.”

The letter addressed to the Prime Minister and dated 6th June said:

“We wish to raise with you our concerns about sports-washing – the practice of companies or regimes with poor environmental or human rights spending large sums of money on sports events, activities or even purchasing sports clubs to improve their image.

“This issue has recently come to the fore, after reports that a consortium is on the verge of purchasing Newcastle United Football Club. The same reports confirmed that the consortium is 80-per-cent-owned and, therefore, controlled by Saudi Arabia’s sovereign wealth fund.

“We believe that the prospective purchase of Newcastle United by Saudi Arabia raises a number of ethical issues because of the regime’s poor human rights record. Allegations against the Saudi regime include authorising the assassination of Jamal Khashoggi, a Saudi dissident and journalist for The Washington Post, human rights activists facing being jailed with little or no access to fair trials or judicial rights, and the increasing use of online espionage against its’ opponents.

“There is also the well-documented involvement of the regime in Yemen, including the bombing of civilians.

“Indeed, several Members of Parliament, including some of the respected members of the Joint Human Rights Committee and its’ Chair, the Rt Hon Harriet Harman QC MP, have raised concerns about the conduct of the Saudi Arabian authorities and their close links to our Government.

“These concerns have been echoed by Amnesty International UK. Felix Jakens, the head of priority campaigns at the campaign group is reported as saying:

‘Saudi Arabia is attempting to use the glamour and prestige of Premier League football as a PR tool to distract from the country’s abysmal human rights record’.

‘There’s a name for this – it’s called sports-washing’. This is a process whereby regimes with questionable records on human rights pour money into sport and major events to improve their public image.

“The tactic of sports-washing is by no means limited to the Kingdom of Saudi Arabia, or to the sport of football, as a number of regimes with poor human rights records and companies with poor environmental records are engaged in this practice and across different sports.

“Given that the Premier League is watched by an estimated 1.35 billion worldwide, the potential purchase of Newcastle United by a regime with a well-documented history of human rights abuses, we believe sends the wrong message, that the Premier League appears to be more concerned with attracting money into the sport than the spirit and values of football.”

“The Government must come clean on whether it thinks the takeover of Newcastle United should proceed and publicly state what improvements Riyadh should take to the lives of their citizens. We would argue these should include releasing humans rights campaigners, political detainees and journalists, ending their involvement in proxy-conflicts, such as the war in Yemen, and improving the rights of women in the country, such as ending the practice where women are still required to have men swear for them in a court of law. Until it does, it would make a mockery of the Foreign Secretary’s rhetoric to reward this regime’s poor behaviour with ownership of one of the UK’s most loved top-flight football clubs.”