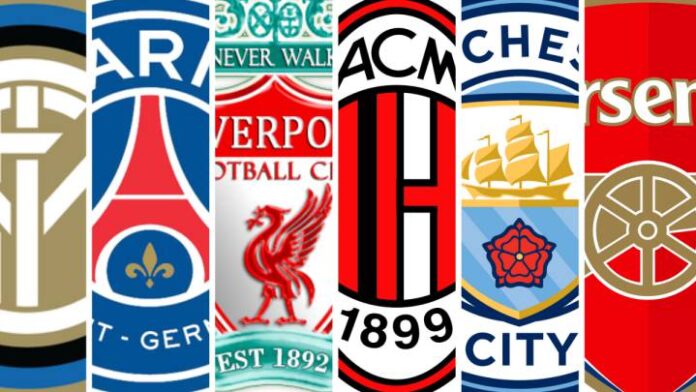 Just over one in nine (12 per cent) of the public back football’s current “fit and proper test”, which is administered by the Premier League and English Football League, finds a major new poll commissioned by the sports think tank, FIFA Ethics and Regulations Watch (FERW).

Asked, “The owners’ and directors’ test (also known as the “fit and proper person test”) is a test that is applied to directors and prospective directors of English football clubs to ensure those appointed are appropriate people to act as directors of football clubs… Some groups have criticised the current test for not going far enough and allowing directors with close connections to countries or companies with poor environmental and human rights records to own and run football clubs. Following this information, which statement, if any, best describes your views”, over one in nine (12 per cent) agreed that the Premier League and EFL were best placed to carry out the test. While nearly three in ten (30 per cent) believed that the test should be administered by an “independent body”, 18 per cent wanted greater transparency of investigation results. Over one in six (17 per cent) said the test was meaningless and should be scrapped, as the Premier League and EFL were only concerned about the amount of money an owner has.

“This poll finds woeful levels of trust in the current regulatory system of football club ownership, something that we have been campaigning on for years. The process of buying a club in this country, as in many others is shrouded in secrecy, with ordinary fans being kept in the dark. Moreover, individuals with close connections to countries, or companies with poor human rights or environmental records are still being granted the privilege of club ownership.

“We only have to look at Wolves or Manchester City to see owners who have links to foreign governments, which are routinely criticised for their treatment of their people, minority groups, and the environment. Yet they have still been able to buy top football clubs with international recognition and legions of fans.”

The Censuswide Poll of over 2,000 (2,011) nationally representative UK adults, including over half (54 per cent) who identified as football or sports fans, found strong support for banning individuals with links to criminal activities, dubious financial records and poor human rights or environmental records.

Asked, if the owners’ and directors’ test (also known as the “fit and proper person test”) were to be reviewed, what, if anything, do you think should be added, nearly four in ten (38 per cent) said, a ban on owners and directors who have engaged in illegal actions outside of the UK such as the pirating of Premier League matches and other sporting events. An almost identical number (37 per cent) wanted a ban on people who have committed crimes both inside and outside of the UK, while one in three (34 per cent) wanted individuals with a track record of bankruptcy barred and the necessary funds to support the club.

Just over a third (34 per cent) of those surveyed wanted an end to owners who plan a “leveraged takeover”  that would see an individual or company buy a club, but run up huge amounts of debt on the assets of the club, as happened with Manchester United. While nearly three in ten (29 per cent) wanted a ban on those who “damaged the image of football”, over a quarter (27 per cent) wanted those with links to countries with “poor human rights records” prevented from becoming directors or owners.

In a final blow to the current fit and proper test, just one in 15 (7 per cent) agreed with the statement, “I think nothing new should be added if the owners’ and directors’ test was reviewed”.

Miss De Bacci continued: “We have sent the findings of our poll to the Premier League and EFL urging them to urgently review the current fit and proper test, which those questioned in the survey and FERW believe lack transparency and robustness.

“What this means in practice is that individuals such as Sheikh Mansour, the Deputy Prime Minister of the UAE, a country that has been criticised by the UN, British parliamentarians and respected campaign groups like Amnesty, benefit from owning world-famous football clubs like Manchester City, in a practice called sports-washing.”

Sports-washing is the practice of companies or individuals with poor environmental or human rights records spending large sums of money on sports events, activities or even purchasing sports clubs to improve their image.

The issue of sports-washing was highlighted last year, after reports that a consortium controlled by Saudi Arabia’s sovereign wealth fund was on the verge of purchasing Newcastle United Football Club.

Saudi Arabia has faced significant criticism for its poor human rights record. Allegations against the Saudi regime include authorising the assassination of Jamal Khashoggi, a Saudi dissident and journalist for The Washington Post, human rights activists facing being jailed with little or no access to fair trials or judicial rights, and the increasing use of online espionage against its’ opponents.

There was also the well-documented involvement of the regime in Yemen, including the bombing of civilians, their involvement with BeoutQ, illegal streaming service, and the decision to block the beIN Media Group from providing access to Premier League games.

“Despite the catalogue of issues and significant pressure from broadcasters and campaigners, the Premier League took months to decide to put on hold the Newcastle bid. This created the impression that football’s authorities care more about money than human rights abuses and criminal activity, which we believe is damaging to the image of the game and the Premier League Brand.

“Those in charge seem to forget the top-flight of English football is watched by an estimated 1.35 billion people worldwide and many countries look to the UK to set an example both financially and ethically. This is why the fit and proper test must be reformed and a strong message sent to those current and future owners with poor track records on human rights and environmental matter: clean up your act, or get out of the game.”

Notes to editors
The research was conducted by Censuswide, with 2,011 nationally representative respondents aged 16+ in GB between 21.12.20 – 23.12.20. The survey was conducted from a random sample of UK adults. Censuswide abides by and employs members of the Market Research Society which are based on the ESOMAR principles.