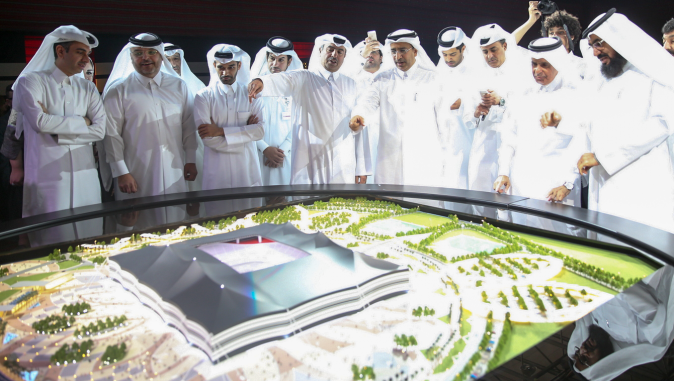 Responding to comments made on Wednesday, the 26th of January, by FIFA President Gianni Infantino to the parliamentary assembly of the Council of Europe (PACE), in Strasbourg, which recognised the significant improvements for migrant workers, FERW said that they mirrored their own assessment.

“Last year, we published a major new report on whether sport could be a driver of change and improvements to human and worker rights. In particular, we looked at the state of Qatar since the awarding of the World Cup tournament, which has received significant criticism in recent months. We were keen to get a clear picture of what the three million migrant workers were experiencing on a day-to-day basis.

“It would be fair to say that the report’s author and our research team were surprised and impressed at the considerable improvements that had been made since 2003 and which have accelerated in recent years with the dismantling of the Kafala immigration system, the introduction of a minimum wage and a slew of health and safety regulations.

The FERW report included the first independent survey of migrant workers in Qatar. It found improvements in pay, conditions, and general treatment of those employed in the emirate.

Quoting Nelson Mandela’s famous statement, that “sport has the power to change the world”, the report says that Qatar has brought forward a series of reforms that have produced tangible benefits for migrant workers, which were confirmed by a survey, carried out by a human rights group on the think tank’s behalf.

Asked, “Is the World Cup helping to improve human rights and labour conditions in Qatar?”, a staggering 95 per cent said “yes” and just one in 20 (5 per cent) said “no”. Other questions about the results of the reforms, which were overseen in part by the International Labour Organisation, found a majority saying their working environment and treatment had improved, while two small groups believed that conditions had enhanced for some (53%), or the laws needed further enforcement (16%) and 13% who said they had not felt any benefit from the improvements.

The survey went on to ask whether the workers thought the reforms had been fully implemented. A clear majority, six in 10 (59 per cent) said “yes”. This left four in 10 (41 per cent) believing the legislation had not been implemented “effectively” and more is needed to be done. This was confirmed by a second question showing nearly half of those polled believed their treatment had improved, just over 30 per cent saying it stayed the same and a small minority believing it had gotten worse.

The report contrasts the scale of the changes in Qatar with China, which will host the Winter Olympics next year. Far from improvements, the report’s author concludes that China has gone backwards in terms of human rights, with a security crackdown in Hong Kong, forced imprisonment and abuse of the Uighur community, and the treatment of Tibet and making threats towards Taiwan.

It concludes by calling for an overhaul of how international mega sporting and cultural events are awarded, recommending that improving human and worker rights must be hardwired into all future bids, with sanctions up to and including having the event removed for those who fail to comply.

“The contrasting experience of Qatar and China exposes the dilemma for the governing bodies of the world’s mega sporting and cultural events – do they chase the money or use them to support improvements in human and worker rights. Sadly, as we see all too often, the answer is to chase the money…

“This is why we need an urgent review of the core principles of how games and events are awarded. This must put the lives of a country’s citizens and workers at the centre. If this does not happen, then the improvement that we see in the Middle Eastern state of Qatar will be an isolated success story among many other missed opportunities.”