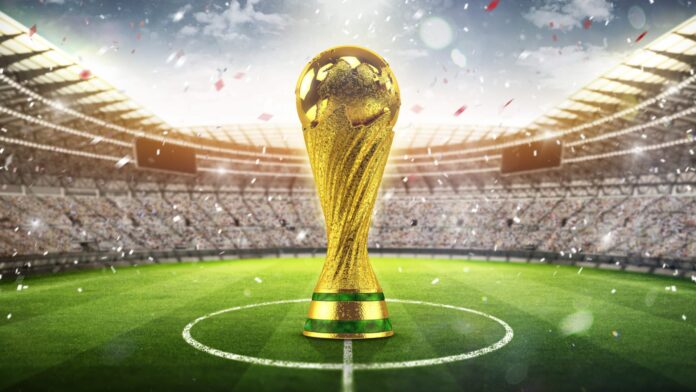 FERW has been campaigning to ensure workers and staff striving to make the World Cup a success are treated professionally and fairly. After a faltering start within FIFA, under new management the organisation recognised and accepted its responsibilities and influence.

As we enter the last lap now with only a hundred days to go before the World Cup, FIFA needs to keep up its work in surveillance. It has acted as a force for good in improving conditions, even if some cases still sub par. But this moment is a point of increased potential concern.

When Qatar won the bid to host the competition, it was given a “high risk” category for team facilities and for wider delivery. As we approach deadlines it means time pressures grow. Some managers may be tempted to take short cuts.

But these cannot be allowed to endanger lives or welfare. Neither FIFA nor the Qatari authorities should now take their eye off the ball.

‘100 days to go!’ Qatar ORDERED to reveal how many died so it could host the World Cup

WITH 100 days to go today before Qatar kicks off a historic first Fifa World Cup in the Middle East, an international sports ethics body has demanded that Fifa forces the Arab country to reveal how many died during the building of its new stadiums.

The Fifa Ethics and Regulations Watch (FERW) has issued five demands to Fifa and Qatar ahead of the first match on November 20 when the host country plays Ecuador. It comes amid increasing concerns that the final rush to prepare for the tournament could see migrant labourers forced to work in intolerable heat and put their lives at risk. The concerns may overshadow a glittering international competition which will feature some of the world’s most famous sports stars like Harry Kane, Lionel Messi, Kevin De Bruyne and Neymar.

The competition has been controversial since it was first awarded the tournament in 2010 with allegations of corruption and bribery at Fifa over that tournament and the decision to give Russia the 2018 World Cup.

The investigations into this and other issues eventually saw Fifa President Sepp Blatter forced out and replaced by Gianni Infantino.

The country’s extreme climate which sees temperatures saw to more than 100 degrees Fahrenheit in the summer means that it will also have to be played in the winter in the middle of the European league timetables.

But the biggest concerns have been over the use of what amounts to slave labour with medieval migration laws which reportedly sees workers lose their passports and forced to work in intolerable conditions.

Fifa President Mr Infantino addressed the issues in May when he admitted 6,000 workers may have died in Qatar.

He said: “Of course, FIFA is not the police of the world or responsible for everything that happens around the world.

“But thanks to FIFA, thanks to football we have been able to address the status of all the 1.5 million workers, working in Qatar.”

With 100 days to go, FERW has claimed that Fifa has “conspicuously failed” to ensure proper standards and it issued five demands:

Despite the concerns, an investigation by the Sunday Express, which accompanied FERW on a delegation to Qatar, found that the Arab state has made significant progress as a result of winning the World Cup.

The visit in November 2021 showed that further progress is needed but the country had put in place new measures to end the practice of forcing employees to stay with one employer or force them to remain in the country.

A reporting process for accidents, injuries and deaths had been put in place although they still could not give an exact figure.

And there was also a blacklisting system for companies which did not apply to the new standards.

But FERW said much more needs to be done and said this is Fifa’s last chance to get a grip on the competition preparations.