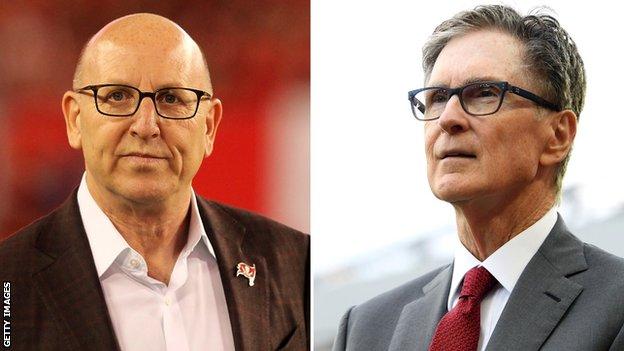 Over the last week, there has been an incredible outpouring of anger over plans to create a European Super League.

The incredibly ill-judged proposal did something unusual in the modern game – it united fans, players, politicians, regulators, commentators – just about everyone in opposition.

Rarely have Boris Johnson, Jeremy Corbyn, Ian Blackford, Caroline Lucas unanimously agreed on anything, yet this week they joined with current and former players like Gary Lineker and Marcus Rashford to condemn the plans for the European Super League.

In the face of this tsunami of opposition, the proposal quickly unravelled, which is good news for the game. As Alistair Thompson wrote earlier this week, it would have “baked in” inequality at the top of the game, but the response from the club’s leadership has been varied and this should concern us all.

While Manchester United co-chairman Joel Glazer and Liverpool owner John W Henry have both apologised unreservedly for the hurt and anguish they caused, other owners have been conspicuous by their silence, instead of delegating the job of saying sorry to others.

For example, it was left to Ferran Soriano, chief executive of Manchester City to issue their grovelling apology. In an email to the club’s supports this week he said:

“We failed to remind ourselves of the unbreakable link between the passion of our fans and the right to have the opportunity to earn success. It is a truth that is fundamental to the DNA of Manchester City and the board deeply regrets taking a decision that lost sight of the historic values of the club.

“We made a mistake and we sincerely apologise to our fans for the disappointment, frustration and anguish caused by the last 72 hours.”

But this was a message that could and should have been issued by the owner, Sheikh Mansour, on behalf of City Football Group, after all, without his blessing, or that of the holding company, Man City would not have considered joining the breakaway European Super League.

Why does this matter – you can ask, simple: leadership comes from the top, and when leaders of organisations, as big and as loved as a Premier League football club, disappear during a crisis, it suggests they don’t get what all the fuss is about or aren’t really sorry.

History is littered with examples of this type of failure. In 2010, a campaign by Greenpeace protesting Nestle’s use of palm oil went viral on YouTube video, parodying a Kit Kat ad with an office worker opening a Kit Kat bar only to find an orangutan finger instead.

The video highlighted what the environmental campaign group believed to be Nestle’s damaging sourcing of palm oil, linked to the destruction of the habitat of orangutans in Indonesia. Greenpeace even bastardised the Kit Kat slogan, changing it to “Have a break? Give orangutans a break.”

Instead of addressing claims, the top executives at Nestle decided to hide away and employ a different strategy – getting YouTube to remove the video, claiming copyright infringement. A similar removal strategy was employed to critical social media content. The lack of leadership from the top and failure to apologise merely meant the story rumbled on.

By contrast, when Sir Richard Branson’s dream of commercial space travel was dealt a massive blow in 2014 after a test flight went wrong, killing one pilot and seriously injuring another, he took charge of the situation, quickly responding to the tragic news and dashing to the crash site in California. In taking responsibility for the disaster, the businessman showed he truly cared about what had happened and would personally lead the response.

Branson’s quick and fulsome response is still held up as an example of how organisations should handle a PR crisis and highlights the importance of leadership at the very top of an organisation.

So, I for one would like to salute Joel Glazier and John W Henry for having the courage to face the music and issue apologies for what has been a self-inflicted PR disaster for the Premier League’s big six and would urge the other owners to follow their lead.