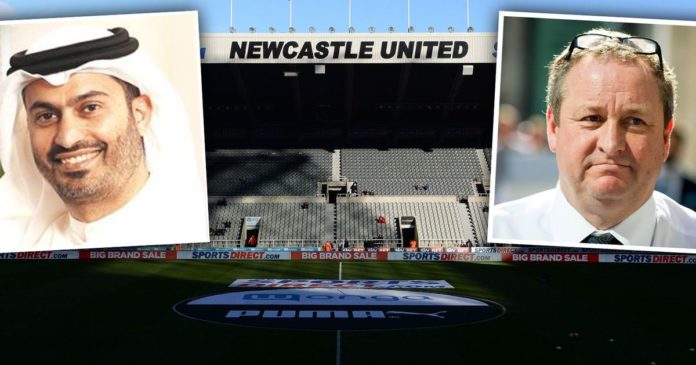 The prospective sale of Newcastle United to a consortium that is 80-per-cent-owned by the Saudi Arabia has been thrown into doubt following a 130-page ruling by the World Trade Organisation. The report found the country was behind a pirate streaming service that offers access to sporting events including the Premier League.

Although the final document will not be published until later this summer, it is being reported that it firmly establishes that the Saudi government is behind the illegal streaming service known as beoutQ.

The Guardian newspaper has also revealed that the Premier League, which received the WTO report this month, has made submissions against Saudi Arabia as part of the legal process.

FIFA Ethics and Regulations Watch (FERW) has welcomed the news as it believes countries and companies with poor human rights or environmental records should not be “rewarded” with the ownership of the UK’s top-flight club.

Last month, the campaign group wrote to Oliver Dowden, Secretary of State for Digital, Culture, Media and Sport, raising their concerns about the alleged human rights abuses in the Kingdom and the current administration of the so-called “fit and proper test”.

In response, the Department for Digital Culture, Media and Sport said:

“The prospective takeover of Newcastle United by PCP Capital Partners is entirely a matter for the two parties concerned. We understand the Premier League is undertaking its own due diligence in respect of the takeover, as it is required to do, through its Owners’ and Directors’ Test. The Premier League make the criteria for this test publicly available through publication in the Premier League handbook. There is no government role in this process.”

The letter dated 12th May added:

“The UK government supports Saudi Arabia’s continued diversification efforts under its Vision 2030 strategy. Saudi Arabia’s investments through its Public Investment Fund (PIF) form part of these efforts. The PIF invests in many sectors internationally, with their potential stake in the ownership of Newcastle United FC part of this wider investment.”

FERW’s Campaign Director, Alistair Thompson, replied raising the issue of illegal streaming and requesting a meeting with the Secretary of State, however, this was declined. The response from the department simply read:

“Regarding your concerns about broadcasting, the UK Government has raised the issue of illegal streaming and piracy of intellectual property in the region with the Kingdom of Saudia Arabia authorities. We understand that broadcasting piracy in Saudi Arabia through the pirate operator beoutQ, that had a major commercial impact on Qatar media company beIN Media Group in 2018 and 2019, has now stopped. This followed pressure by the governments of the UK, the United States, other European countries and major sports rights holders, such as FIFA.”

“Illegal streaming, or what we used to call piracy, is a major problem for football and, more generally, for sport, which, according to some estimates, costs a staggering $37.4 billion, or £30 billion.

“This impacts on the income/profit of the broadcasters and, ultimately, the amount of money companies like Sky, ESPN and beIN are willing to pay for those TV rights.

“This is why we felt it was an important issue to raise with the Government and were surprised by their response. Many countries look to the UK to set an example, and the Premier League is watched by an estimated 1.35 billion worldwide, so the purchase of Newcastle United by a regime with a well-documented history of human rights abuses and which was subject to an extremely troubling $1-billion piracy lawsuit with the WTO. It was particularly strange as the Government seemed to think that the piracy issue had been resolved, despite the Premier League writing a warning letter to the US Government about Saudi Arabia earlier this year. It urged them to keep the Kingdom on an official watchlist because it said the country ‘remained a centre for piracy’.”

The letter from the league to the US Trade Representative (USTR) dated February 5th of this year, which has been seen by the Press Association, talked about the competition’s unsuccessful attempts to take legal action against pirate network beoutQ through the Saudi legal system and complaints about a ‘failure to take action’ by the Saudi government.

“Despite repeated complaints by beIN and other rights holders, Saudi Arabia has never brought a criminal action against beoutQ, or its Saudi facilitators.

“We welcome the news that the sale of Newcastle has been thrown into doubt because had it been allowed to proceed before the Kingdom of Saudi Arabia had cleaned up its act on human rights, it would make a mockery of the current “fit and proper test” and given succour to those engaged in the multi-billion-dollar illegal streaming industry. Worse still, it would have said that the only thing that matters when it comes to ownership of football clubs are the financial resources that you have at your disposal, and past or present conduct does not matter – a truly sad state of affairs. This is why we urged the Government to look at the administration of the “fit and proper test”, so football can remain one of the UK’s most high-profile and revered exports for many years to come.”