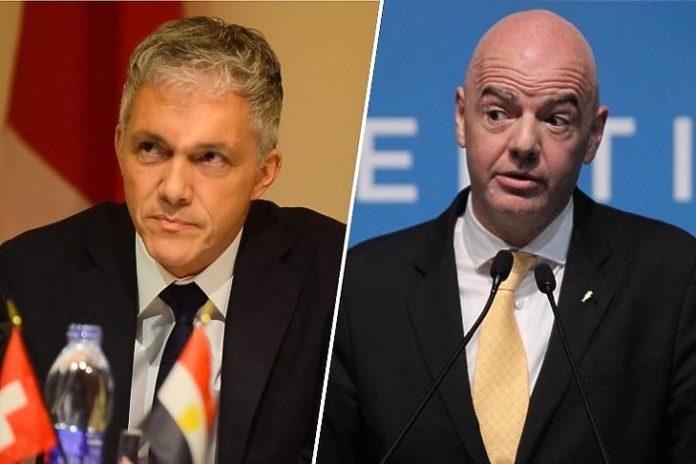 The Swiss parliament said its judicial commission voted 13-4 that they suspect Lauber of a “serious violation” of his duties.

Lauber has come under increasing pressure over secret meetings he had with FIFA president Gianni Infantino in 2016 and 2017, and the collapse last month of the first criminal trial in Switzerland in the five-year federal investigation of corruption in soccer.

A parliamentary oversight panel disciplined Lauber in March, finding he had not told the truth and obstructed its investigation opened after a third meeting with Infantino, in June 2017, was revealed last year.

Lauber had acknowledged the first two meetings – held in March and April 2016 weeks after Infantino was elected – when they were revealed by the “Football Leaks” series publishing confidential documents in the soccer industry.

At a subsequent November 2018 news conference, Lauber did not disclose the June 2017 meeting in Bern. Both he and Infantino later claimed not to recall the content of their talks.

The parliamentary panel´s disciplinary ruling in March deducted 8% of Lauber´s near-300,000 Swiss francs ($308,000) salary for one year. He has appealed against that verdict, saying the oversight panel was biased and made procedural errors.

The judicial commission which interviewed Lauber on Wednesday will now consider evidence against him and decide whether to put a formal impeachment motion to federal lawmakers.

Lauber was first elected attorney general in 2011 and was voted to a fresh four-year mandate by lawmakers last September while under investigation.