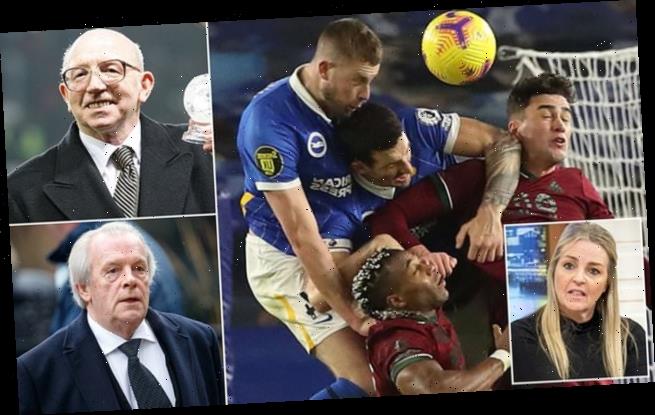 FERW welcomes the announcement by the Professional Footballers’ Association (PFA) of an action plan to address the link between heading the ball and degenerative neurocognitive diseases including dementia.

In a statement, released on Thursday night, the PFA agreed to set up a dedicated dementia department, committed to campaigning to have brain degeneration in footballers recognised as an industrial disease and announced a package of sweeping measures aimed at assisting the large number of former players affected.

“This is a victory for all those professional footballers and their families who have been cruelly impacted by diseases such as dementia. For too long their plight has been ignored, while this issue was recognised or given the importance it should – so this announcement by the PFA is a major step forward in righting this historic wrong.”

“But this announcement by the PFA would not have happened without the dedication of people like Dawn Astle, daughter of the late West Bromwich striker Jeff, Mickey Ambrose, the former Chelsea and Charlton player, Dr Willie Stewart, John Stiles, son of England World Cup winner Nobby, Chris Sutton and, of course, the Sportsmail which has, with determination and courage, consistently challenged football’s authorities.”

Other measures announced by the PFA include the appointment of Dawn Astle and Rachel Walden, whose father, the former Portsmouth wing-half Rod Taylor, was the second British footballer to be diagnosed with chronic traumatic encephalopathy (CTE) following his death at the age of 74 in 2018. CTE is a type of dementia associated with repeated head impacts.

They will examine areas including the protection of current players which might include a reduction of header training, mandatory recovery breaks between header training sessions, and the introduction of concussion subs.

The Sportsmail also reported that the pair will examine the care of former players and a ‘remit to scope a dedicated department within the PFA’.

Last week, FERW released the findings of a poll which showed that the public backs a Parliamentary inquiry into the link between heading a football and degenerative neurocognitive diseases such as dementia.

Asked, “Some pressure groups have called for Parliament to look at the matter of consistently heading the ball and potential health issues later on in life associated with this.

Fewer than a quarter (23 per cent) of those who responded thought Parliament should not “interfere in the administration of football” even over safety fears, and 19 per cent of respondents were not sure.

The Censuswide Poll of over 2,000 (2,011) nationally representative UK adults, including around half (54 per cent) who identified as football or sports fans, found strong support for further research, with 36 per cent of respondents agreeing that more research is needed such as looking at how heading the ball impacts on amateur players and female professionals. Just over a third (34 per cent) agreed that Football’s authorities, such as the FA and Premier League, should be guided by the science and research. This compared to just under one in six (15 per cent) who agreed with the statement, “Heading the balling is part of the game and should not be restricted including in training”.

FERW released the poll after working with a group of former professional football players and Parliamentarians to call for an urgent review.

“Following the study’s publication, the FA, in parallel with UEFA’s medical committee, published new guidelines that apply to all young players.

An almost identical letter, signed by a cross-party group of MPs and peers was sent to Julian Knight, the chair of the Digital, Culture Media and Sport Committee, who FERW believe should carry out the inquiry.

“We welcome this positive move by the PFA. Now we need the FA and other bodies to follow suit.”