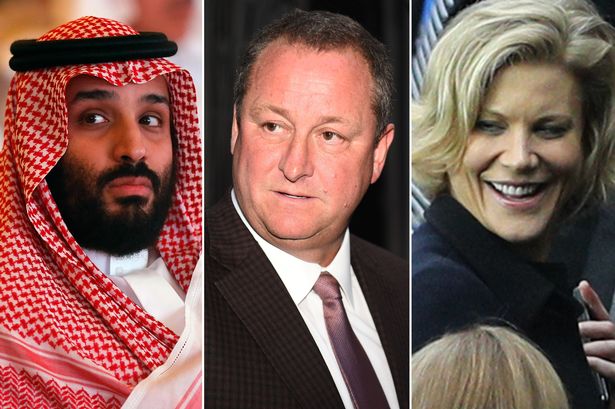 FIFA Ethics and Regulations Watch (FERW) has welcomed the news that the Premier League has “indefinitely” put on hold the purchase of Newcastle United by a Saudi-led consortium until they have “cleaned up their act”.

The decision comes after the second group of Parliamentarians, including the former Chairman of the Digital, Culture, Media and Sports Select Committee, Damian Collins, called on the UK Government to block the deal.

The letter from Mr Collins and colleagues mirrored a letter organised by FERW and signed by 16 Parliamentarians, including the former leader of the Labour Party, Lord Kinnock, and the Father of the House, Conservative MP, Sir Peter Bottomley, which criticised the prospective deal as an attempt to sports-wash Saudi Arabia’s appalling human rights record.

The letter to the Prime Minister said:

“We believe that the prospective purchase of Newcastle United by Saudi Arabia raises a number of ethical issues because of the regime’s poor human rights record. Allegations against the Saudi regime include authorising the assassination of Jamal Khashoggi, a Saudi dissident and journalist for The Washington Post, human rights activists facing being jailed with little or no access to fair trials or judicial rights, and the increasing use of online espionage against its’ opponents. There is also the well-documented involvement of the regime in Yemen, including the bombing of civilians.”

“These concerns have been echoed by Amnesty International UK. Felix Jakens, the head of priority campaigns at the campaign group is reported as saying:

‘Saudi Arabia is attempting to use the glamour and prestige of Premier League football as a PR tool to distract from the country’s abysmal human rights record’.

‘There’s a name for this – it’s called sports-washing’. This is a process whereby regimes with questionable records on human rights pour money into sport and major events to improve their public image.

“The tactic of sports-washing is by no means limited to the Kingdom of Saudi Arabia, or to the sport of football as a number of regimes with poor human rights records and companies with poor environmental records are engaged in this practice and across different sports.

“Given that the Premier League is watched by an estimated 1.35 billion worldwide, the potential purchase of Newcastle United by a regime with a well-documented history of human rights abuses, we believe, sends the wrong message, that the Premier League appears to be more concerned with attracting money into the sport than the spirit and values of football.”

The decision by the Premier League also follows the announcement by the Saudi authorities to block the global sports and entertainment broadcaster beIN from the Kingdom. The hostile action by Riyadh means there is no legitimate way for people in the Middle Eastern country to watch the Premier League, Wimbledon and a host of other British sports, which the Qatari channel owns the broadcasting rights for.

FERW has warned that this action could impact on the amount of money that UK sport receives from beIN, which is estimated to have paid more than £1 billion for the exclusive rights to broadcast some of the UK’s flagship events, including £400m for the Premier League, which was part of a three-year deal covering the Middle East.

“We welcome this sensible decision by the Premier League to put the purchase of Newcastle United on hold indefinitely. This sends a strong message to Saudi Authorities that they must clean up their act before buying one of the UK’s most loved clubs.

“We have previously called on the Saudi Government to improve the treatment of human rights campaigners and political activists in the Kingdom and to end the state-sanctioned illegal streaming and broadcast of sports and entertainment by beoutQ. This followed a ruling by the World Trade Organization that found Saudi Arabia had breached international piracy laws by supporting beoutQ.”

“We now call on the Government to step up its engagement with the Kingdom of Saudi Arabia, calling on them to release all the human rights and political prisoners, secure justice for the family of murdered journalist Jamal Khashoggi, ending their involvement in Yemen and other regional conflicts, and finally, to honour the international law by allowing the Premier League’s official broadcast partner beIN to operate in the country because otherwise UK sport can only be accessed through illegal piracy.”