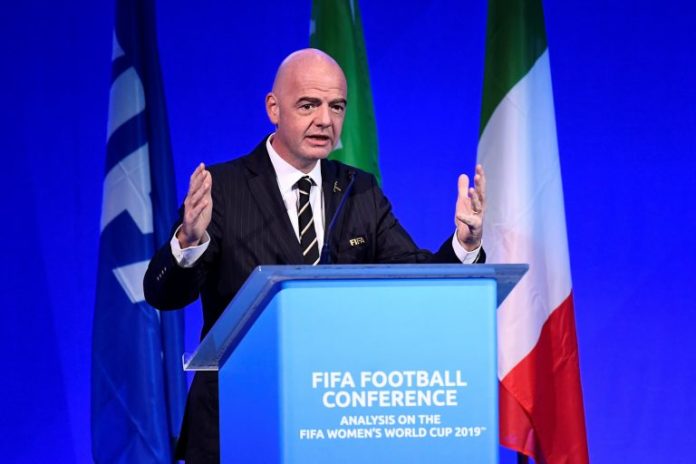 (SkySports) – A female Iranian fan died earlier this month, after setting herself on fire to protest against her arrest for attending a match.

FIFA officials have been in Iran this week discussing preparations for the World Cup qualifier against Cambodia on October 10, their first home game of the 2022 qualifying competition.

“We need to have women attending, we need to push for that with respect but in a strong and forceful way and we cannot wait anymore,” Infantino told a FIFA conference on women’s football.

“We have been assured, that as of the next international game of Iran, women will be allowed to enter football stadiums.

“This is something very important. It is 40 years that this has not happened, with a couple of exceptions, but it is important to move to the next level and to the next stage.”

FIFA has also stated it would be working with the Iranian football federation to develop plans for women to attend domestic matches in the Iranian league as well.