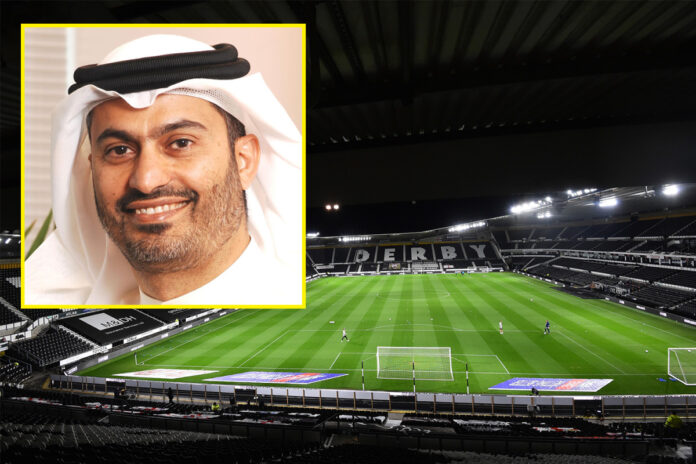 The purchase of the Champion side Derby County by Derventio Holdings (UK), is good news for the Rams, but bad news for football, says FIFA Ethics and Regulations Watch (FERW).

FERW, the football think-tank, is concerned that purchase of the tier two side is another example of sports washing as, according to reports, Derventio Holdings (UK) is controlled by Bin Zayed International, which is owned by Sheikh Khaled bin Saquer Zayed al-Nayhan.

Sheikh Khaled is a cousin of Sheikh Mansour, the United Arab Emirates deputy prime minister, member of the Abu Dhabi royal family and owner of Manchester City. The UAE regularly faces criticism for its poor human rights record and alleged links to financing of terrorism and organised crime.

A spokeswoman for FERW commented:

“The purchase of Derby is certainly great news for their fans as it will lead to more investment in the club. However, it is not good news for the game of football. It sends out a message that the English Football League (EFL) is more concerned about money than using the honour of club ownership as a tool to promote and protect human rights.

We have previously written to the Premier League and Football Association about the current fit and proper test, which we feel is inadequate and in urgent need of reform. We will repeat this exercise with the EFL.”

“Despite yesterday’s announcement of reforms to some social policies and the much overdue recognition of ‘honour killings’ as murder, there are still substantial challenges that remain. These include the treatment of LGBT people, links to the financing of terrorism and crime and a lack of democratic freedoms.”

The news of the purchase comes less than a fortnight after the publication of FERW’s Ethical Premier League Table (EPTL), which named Manchester City as the least ethical club in the top flight of English football, due to their strong links to the regime and rulers of Abu Dhabi.

The EPLT measured the current 20 premier league sides against 12 criteria, including whether the clubs were domiciled in the UK for tax purposes, fan involvement at board level and the records of their owners on employment rights, free speech and human rights.

11 categories attracted 10 points for the best club and zero for the worst, while the environment attracted 25 points, giving a potential maximum score of 135 per club.

Languishing at the bottom of the table were Man City (20 points) and Wolves (57 points). Both clubs suffered from their links to companies with poor environmental records such as airlines, mining or oil production, and links to sin products such as alcohol and betting companies.

The study found that 18 of the 20 clubs were domiciled in the UK for tax purposes, except for Wolves, whose Chinese owners are registered in Hong Kong, and Manchester United, which, according to reports, is now domiciled in the Cayman Islands, following the takeover by the Glazers.

“As we made it clear at the launch of our ethical league table, we hope it stimulates debate and discussion about how England’s top-flight clubs are run. As we have identified, there are some issues around a small minority of clubs, which is why we called on the Premier League, EFL and FA to urgently review and strength the fit and proper tests, while at the same time increasing representation of fans at all levels of the game – and this must include at board level.”