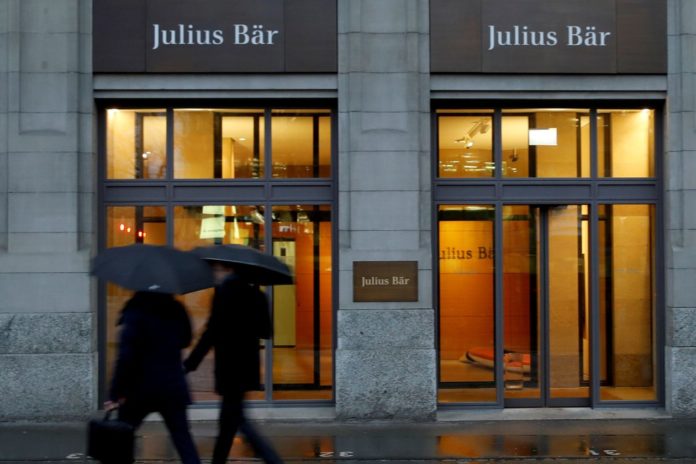 The Swiss Financial Market Supervisory Authority, known as Finma, said that the Zurich-based bank had fallen “significantly short” in combating money laundering in the period between 2009 and 2018.

As a result, the regulator has ordered Julius Baer to change its remuneration and recruitment policies, and has imposed a momentary stop on large acquisitions.

It will also appoint an auditor to oversee the bank’s efforts to enhance its anti-money laundering safeguards, Finma said.

Finma said it expanded its investigation into Julius Baer in 2018 following the arrest in the U.S. of one of the bank’s client advisers.

Julius Baer acknowledged Finma’s findings on Thursday and said that it was moving to implement the measures imposed by the regulator.

Julius Baer didn’t do enough to determine the identities of clients, the regulator said. Information contained in know-your-customer data was either incomplete or ambiguous, Finma added.

In one case, Julius Baer in 2014 carried out a 70 million Swiss franc ($71 million) transaction for a Venezuelan client, even though the bank had learned the client was facing accusations of corruption, according to Finma.

The bank had incentivized the anti-money laundering breaches by rewarding its client advisers almost exclusively based on financial targets, Finma said.

One adviser who looked after Venezuelan clients received millions of dollars in bonuses in 2016 and 2017, despite Julius Baer flagging a number of his clients over ongoing investigations or suspected wrongdoing in connection with the PdVSA case, it said.

The adviser’s bonus was eventually reduced by 2.5%, but he still received the highest total remuneration of his career during both years, according to Finma.

Julius Bar on Thursday said it had taken steps to improve its anti-money laundering policies. The bank’s operations in Latin American had been overhauled and under new leadership since 2017, the company said.

The bank said it also had taken steps to strengthen its global risk management, invest in its compliance function—including by increasing its head count by about 40%—and improve its documentation standards for client data.