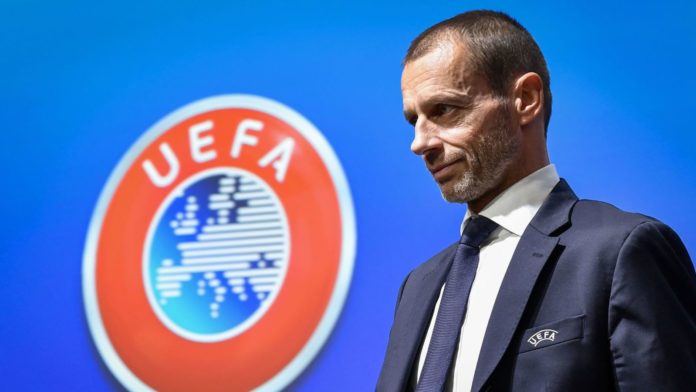 With FIFA President Gianni Infantino in the audience, Ceferin told the UEFA Congress on Tuesday he was not “ashamed” European soccer was so successful.

FIFA has tried to gain a greater foothold in the club game, with Infantino trying to raise finances to attract the biggest names to an enlarged 24-team Club World Cup, which could threaten UEFA’s popular Champions League competition. Plans for a global clubs’ league from Real Madrid President Florentino Pérez also emerged after he met with Infantino in December.

Ceferin said it was an “inalienable right” for UEFA and other confederations to organize their own competitions.

“The principles of solidarity, of promotion, relegation and open leagues are also non-negotiable,” Ceferin said. “Our principles, history, tradition and structure have enabled football to dominate other sports and enabled European football to dominate the rest of the world. Calling them into question would be a death sentence for our sport.”

The future format of the Champions League is also being debated with opposition growing in the last year to a concept to turn Europe’s elite competition into a largely closed one.

“If our success enables us to defend with strength, conviction and legitimacy the European sports model, based on promotion and relegation and the principle of solidarity, we can be proud,” Ceferin said in Amsterdam. “If our success enables us to ward off threats that appear on the horizon, we can be proud. These threats are alarming and we need to anticipate the worst if we are to prevent it.

“When purpose over profit becomes profit over purpose, it is time to raise the alarm. Football is not simply a business like any other. It has a history, tradition and structure that must be respected. ”

Ceferin tried to distance himself from dramatic attempts to transform the soccer landscape in a speech to officials from the 55 UEFA member nations and leaders from other confederations.

“No football administrator, no matter the size of ego, should think we are the stars of the game. Because we are not,” Ceferin said, without naming anyone. “We are the guardians of a legacy. We are guardians, here to protect the game, its players and its history.”

After what appeared like criticism of Infantino’s strategy at FIFA by Ceferin, the world body used its Twitter account to link to its president’s speech by stating he “stressed the need for cooperation” over determining the future of football.