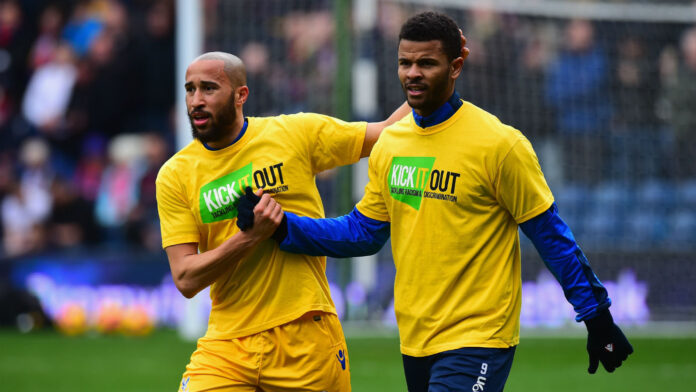 I am leading a campaign that aims to shake English football to its foundations and want everybody reading this article to join me.

A recent report on diversity in UK sport, launched in September by the International Sports Convention, found not a single person from a black, Asian or minority ethnic (BAME) background in the senior leadership of the Football Association and only one member of its Board.

In 2020, I find this appalling, and it means that our game continues to miss out on an important pool of talent.

As a former professional player, I saw at first hand the problems that existed on the terraces – the racist comments and slurs, even fruit being thrown on the pitch – but while this behaviour has been clamped down on and societal norms mean it’s no longer acceptable, little has changed in the outdated and backward structure of our national game.

In December 2016, five former FA executives – David Bernstein, David Davies, Greg Dyke, Alex Horne and David Triesman – wrote a letter to the government and called on Parliament’s Culture, Media and Sport Committee to propose legislation to reform the FA, saying it was outdated, held back by “elderly white men”, and unable to counter the power of the Premier League or “to reform and modernise in a fast-changing world”.

Despite this unprecedented intervention, four years on, the 157-year-old organisation is still unreformed and seems incapable of change that is needed. This can’t go on anymore.

Working with a number of other footballers, I have formed the FA Diversity Now campaign, and, with the support from the sports business world, we hope to break down the barriers to reform.

There has been much campaigning and media coverage about BAME representation in coaching, leadership and the boardroom. However, the talking and strategising – as well as working groups – have gone on for too long. It is clear to me that change will only occur once the UK government intervenes and brings pressure on the FA to reorganise the structure and governance of the game.

I know people will point to the limited reforms of 2017 following a vote of no confidence by MPs and pressure from FA President Prince William, but these measures were inadequate. Timing, limiting board membership and reserving just three places for women on it are, in my opinion, nothing more than window dressing. They also fail BAME players, managers and coaches, who yet again are ignored.

Those who disagree with this assessment need to look no further the actions of the former FA Chairman Greg Clarke. Despite speaking publicly about his desire to increase BAME representation on its Board. The FA’s July meeting set up a nine-month evaluation of diversity and inclusion within the FA, chaired by former Chelsea defender Paul Elliott. However, the same meeting controversially failed to make Elliott a full member of the Board, as some members wanted. Hardly the actions of a body that either understood or accepted there was a problem.

Then, of course, there were Mr Clarke’s comments to the Parliament. And let me be clear, it was not the use of the word ‘coloured’, that was so infuriating as bad as this was, it was when he said,

“If you go to the IT department of the FA, there’s a lot more South Asians than there are Afro-Caribbeans. They have different career interests.”

This was the comment that was not only outdated and insulting but racist.

This is why I believe that real change will only happen with a root and branch review of an organisation with representation from different organisations on its governing bodies, reflecting the 21st century, rather than the 19th.

FA Diversity Now has drawn up its own blueprint, to be published shortly. We have to do this for the next generations of players coming in, but we need the help and support of the Government, Parliament and the game’s sponsors, because if we don’t all pull together, then in four year’s time I fear nothing will have changed.

Mickey Ambrose is Ex Charlton Athletic and Chelsea FC professional footballer and a guest expert and social commentator for the major broadcasters including Sky News.