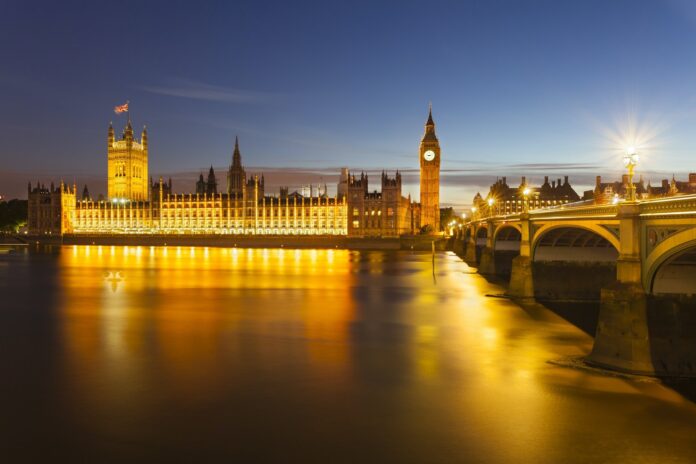 The independent sports think tank, FIFA Ethics and Regulations Watch (FERW), has presented its report on human and worker rights in the state of Qatar to an influential group of parliamentarians, this week.

The report written by Robert Ould’s was part of an 18-month project to examine the impact of awarding the FIFA World Cup to the tiny Gulf state, which has been criticised for abusing migrant workers rights.

The report, which includes the first independent survey of migrant workers in Qatar, found evidence of improvements in pay such as the introduction of a minimum wage, establishment of a commission to review pay, health and safety practices, working hours, the general treatment of those employed in the emirate and the abolition of the Kafala immigration system – a restrictive scheme that tied employees to their employer.

In the presentation to the APPG for Football, chaired by the veteran Labour MP Clive Betts and attended by a number of MPs, including the former Secretary of State for Wales, Rt Hon Alun Cairns, and the SNP’s sports spokesman, John Nicolson MP, FERW praised the “scale and pace” of the reforms, saying the biggest change had come with the abolition of the Kafala system, which had “revolutionised” the working environment in Qatar.

“The biggest problem we identified was the Kafala system, which tied workers to employers. It prevented them from changing jobs or leaving the country to return home even if their employer had failed to pay them or was treating them badly. It was in our opinion the biggest barrier to structure reform of the labour market in Qatar. Since its abolition, workers can change jobs freely and the figures support this – between September 2020 and March 2022, some 300,000 workers, or nearly 10 per cent of the entire migrant workforce, changed jobs.  This seismic change has revolutionised the situation in Qatar.”

“This was supported by both our survey of workers and in evidence we received from representatives of the International Labour Organisation, a UN agency, who said that allowing workers to change jobs freely appeared to be encouraging employers to up their game in terms of conditions and pay. The clear suggestion was that free movement of labour had changed the mindset of many employers, not all, with many now rewarding skills and experience, over cheapness. We are monitoring this to see if further evidence emerges of the next few months.”

The presentation, while acknowledging that significant improvements had been made, recognised that further work was required in some areas, citing the specific example of some unscrupulous employers trying to mitigate the abolition of the Kafala system by introducing non-compete clauses into employment contracts. Mr Thompson explained to the Parliamentarians that they had heard this from both the ILO and the Ministry for Labour, which were working collaboratively to stop this practice via new legislation expected later this year.

Mr Thompson also ran through the findings of the migrant workers survey, contained within the report. Asked, “Is the World Cup helping to improve human rights and labour conditions in Qatar?”, a staggering 95 per cent said “yes” and just one in 20 (5 per cent) said “no”. Other questions about the results of the reforms found a majority saying their working environment and treatment had improved, while two small groups believed that conditions had enhanced for some (53%), or the laws needed further enforcement (16%) and 13% who said they had not felt any benefit from the improvements.

Disappointingly, the think tank found little evidence that FIFA were responsible for these improvements, which the report’s author believes this was a missed opportunity by football’s supreme governing body to set a minimum set of standards for the treatment of citizens and workers in those countries bidding to host the World Cup.

“While our team found no evidence that FIFA were responsible for the considerable improvements to workers rights, we heard evidence that the work of human rights groups, parliamentarians from the UK and EU, and international media had played a vital part in turbo-charging the reforms that had started slowly in 2008 with the publication of the Qatar National Vision 2030. The key message here is that engagement and challenge was the right approach as opposed to shouty threats of boycotts.”

FERW also acknowledged that its survey was heavily skewed towards those working in construction and related industries, but added there were some encouraging signs for those working in the domestic sector, but they had been unable to reach any definitive conclusions.

The presentation concluded by setting out a series of recommendations that the think tank believes should be incorporated into the bidding process for all sporting and cultural bodies which organise or award major events. They include a minimum set of human and workers rights, set by the UN, which, should any potential host fail to meet, could face the loss of the tournament or event.

“I would like to thank all those parliamentarians who attended or sent representatives. I also want to thank those who raised questions and suggested improvements to the report. One of these was to try and get FIFA or another sporting body to adopt our proposals as there was concern that the UN could take years to agree to a set of standards that we proposed. This is a fair and valid point, along with our focus on the rights of the migrant workers. As I explained, we would have liked to have conducted a broader study and hope to revisit this in the not-too-distant future. Ultimately, it would be great to see if the changes in Qatar are both sustainable and encourage other states in the Gulf to follow Doha’s lead.”

FIFA Ethics and Regulations Watch (FERW) is an independent organization that observes and reports on the ethical standards and corruption-free execution of the sports business, with a focus on football and its main body, FIFA. Because the sports industry is constantly in the public eye, it’s bearing the major responsibility of being a positive role-model. FERW considers it its duty to monitor this responsibility.

FERW started as in initiative of former football players and human rights activists in early 2016. The basic idea was to blend sports with human rights. In 2017, the idea turned into an organisation that is growing rapidly with followers and supporters.

The report’s key recommendations include: