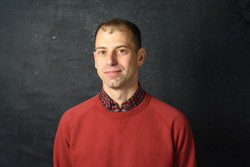 By – by Tara Subramaniam – Corruption within soccer governing organizations across the globe has ramifications beyond the impact on the sport, BuzzFeed news reporter Ken Bensinger said Monday evening in a discussion of his book “Red Card,” which was published in June.

The Georgetown University Journalism Program, The Hoya and the Lecture Fund co-hosted the event, called “The Fall of FIFA.”

“Some of us stumbled upon an interview Ken had done and then his book,” Johnson said. “We ended up reading it and deciding he was a really good person to talk about an important lecture that had cross sections on politics, sports and journalism.”

Bensinger’s book traces the roots of corruption in FIFA, soccer’s international governing body, which was initially exposed in a secret U.S. probe of the organization in the early 2000s.

“This is the story of how the U.S., the country that arguably cares the least about soccer in the world, was the one that came along to break up this cabal of corruption that had been going on for 40 years,” Bensinger said.

Bensinger was struck by the influence soccer has on the way things happen in the world today, he said, noting the influence of former British intelligence offer, Christopher Steele.

“It’s really telling the influence that this sport has on a much larger stage,” Bensinger said. “An FBI agent got tips from Christopher Steele and it turned into a bona fide case. The success of the FIFA case, and the tip Christopher Steele gave them seeded the ground for that relationship. It is hard to think about what the political landscape would be in this country right now if that relationship had not existed.”

While the political influence of soccer may be new to the United States, the two are often intrinsically connected in other countries, Bensinger said.

He hopes his writing paints a picture about a complex system of corruption that goes beyond one World Cup or a few high-ranking officials, Bensinger said.

“This is a story about how multiple generations of people in the sport became corrupted and how waiting behind them were sharks’ teeth, like one tooth comes out and another tooth comes in,” Bensinger said. “It’s like every time someone gets knocked out, the next guy would come in and he was equally corrupt, if not more so.”

According to Bensinger, his book’s exposure of the current system of corruption has not yet triggered a reform or eliminated the issues within the world of soccer.

“People who live in that world have zero incentive to make it go away,” Bensinger said. “I don’t get the sense that this has scared people straight. I think this has convinced people to get a little sneakier.”